Sorry, I Didn't Mean to Shout (An Acoustic Retrospective) 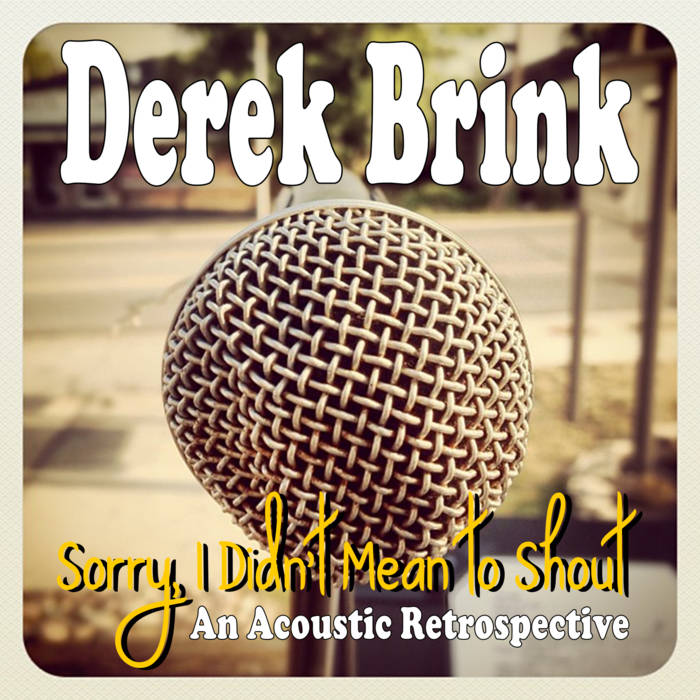 This isn't a "greatest hits." I don't have hits. And what I do have is only debatably "great." It's also not a "best of" exactly. It's more just a collection of stuff I enjoy playing, alongside some stuff I haven't played in a long time, and supporting four songs I've never released as a solo artist before. When you've got 8 albums, sometimes people don't know where to start...so this is an introductory piece for new folks, and a different look at some old familiar songs for the long-timers.

I didn't want to just slap already existing tracks into a playlist. I wanted something that felt like a stand-alone album. So with that in mind, every song here was recorded in November/December 2016. These are all new, all acoustic versions. Just guitar and vocal--like you came to see me in a coffee house. I've always felt that's the truest way to see a songwriter--it's sure the truest way to see me. I used as many "first-takes" as possible, so it'd be as real as I could get it. Just like I said over ten years ago in the liner notes for the "Grounds" record--I left the mistakes in. This is me, unfiltered, unpolished, and mastered a little quieter than usual since it's an acoustic album. :)

I thought about just doing the four unreleased ones as an EP. Then I thought about doing something similar to Wayne County--an EP with a few standalone new pieces and a couple old ones. Then I decided that it's been ten years--I've been releasing records since before some of you had kids--and maybe it'd be fun to look back. So I did this. Every solo record is represented at least once. All the way back to "Grounds." I tried to focus on songs people have told me they liked. I ended up playing some I liked too. It was a fun walk down memory lane, and a nice nod to whatever's coming next, too.

I hope you enjoy this, and I hope everybody knows how grateful I am to have been allowed to do this for over ten years!

I'm not doing an "official" CD release...this was intended to be download ONLY... But if anyone wants a CD copy, I'll burn one for you with a hand-made, hand-written cover--no two will be alike. Just click the "Contact Derek Brink" link on this page. Maybe I'll even throw in something extra, since you took the time! :)