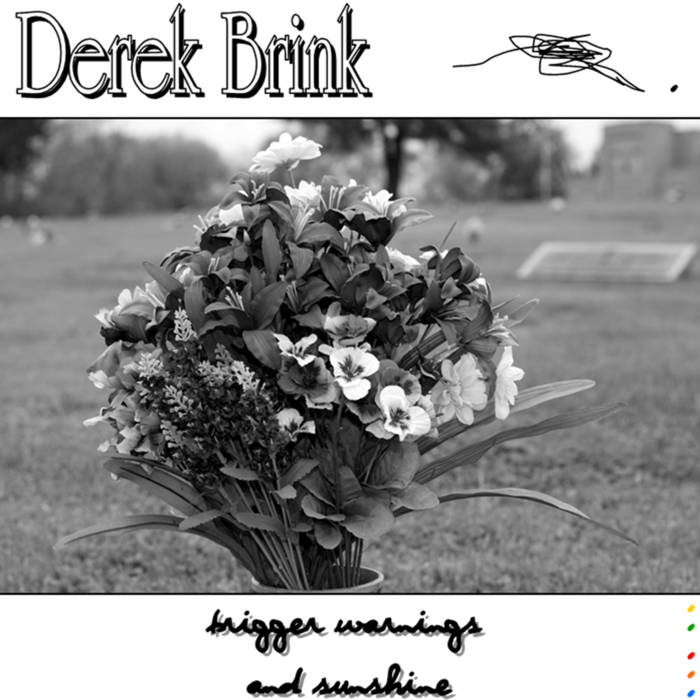 The album is called "Trigger Warnings & Sunshine" because half of the songs will probably bum you out and the other half will give you a smile. I get as dark as I've ever gotten on "Man in the Mirror" and just about as hopeful as I can get on "You Are Not Alone," while planting my tongue in my cheek as hard as I could on "Church Girls." It's a bipolar listen, for sure. The title seemed to wrap that up.

Everything I write is to some extent autobiographical. With the exception of "Everything Good" and "Church Girls," everything here is new and was written after "Something to Look Forward to..." was released. (The two exceptions have been looking for a home for a couple years. Although "Church Girls" did get almost a complete lyrical re-write before this recording.) Sometimes things got scary. Sometimes they got happy. This is the end-result. And, hey...look at that...I didn't use even one swear word on this album.

Front cover and back of CD case photos by Tara Black, during the “Ink-Stained Fingers” sessions.
The rest are my own.

All electric guitar tracks were recorded on a Rickenbacker 360, except the lead parts in "Everything Good" and “You Are Not Alone,” which were played on an American Strat. All of the acoustics were played on a Parkwood acoustic/electric. The drums were a hodgepodge. The bass was my Ibanez Soundgear (Ol' Greeny). The keyboard used was a Casio of some kind, but I can’t remember the model and it’s downstairs. I’m not getting up to look. The vocal parts, for my sins, are my own.

Watched a lot of TV and movies too, including: Love & Mercy, Birdman, Big Eyes, Skeleton Twins, The Hobbit, Broadchurch, a fair amount of SCTV, The Joy of Painting, Doctor Who, Frasier, Sherlock, & House. During mastering, I watched the whole of Red Dwarf.