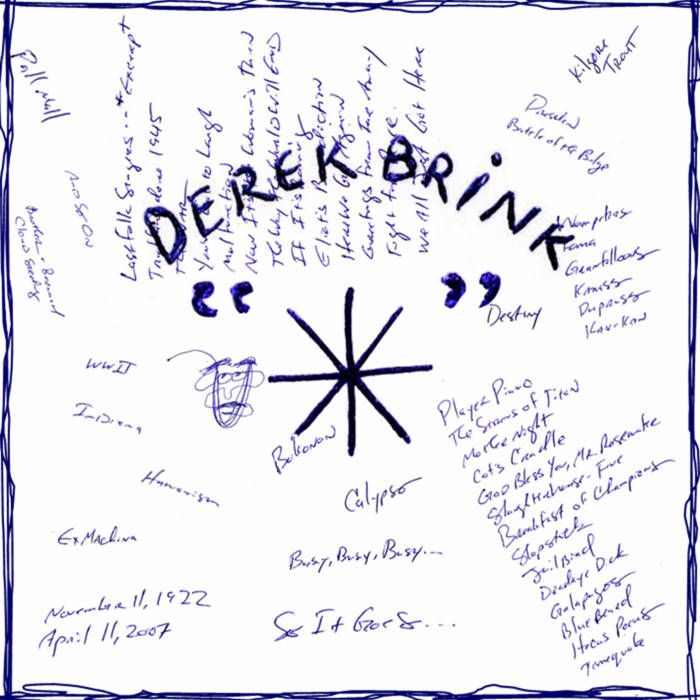 This album took ten years. Maybe longer. For 9.999 of those years, the title was going to be "Songs for Kurt," until someone who didn't believe in the project told me that not only was the project itself a bad idea, the title would make people think I was referring to Kurt Cobain. They were undebatably at least half right. So I titled it with simple punctuation. If you want to say the album title out loud, I guess it’s just called “Asterisk.” But Vonnegut purists will know that a better title would be “a picture of an asshole.” That’s what the asterisk represents in Vonnegut lore.

When I was a teenager, I got a copy of “Cat’s Cradle” as a gift because I’d heard it was good. I read it and fell in love. It wasn’t until a decade or so later that I finally read “Slaughterhouse-Five.” Most people probably do that in the opposite order. So what?

In my early to mid 20s I made it a point to read all of Vonnegut’s work. I completed that, and as a songwriter some lyrics came out of it. I started stashing them away, thinking I’d do an album of lessons learned from reading Vonnegut at the end of whatever year that was. I started working on it and soon decided it was too big a task. I wasn’t ready for it as a writer or player. Some of those early songs found their ways into other things. Some didn’t. Some of those are here now. One of the songs here is an excerpt of a song I released on the “Sorry, I Didn’t Mean to Shout” release in 2017. (You should go download that too, if you haven’t.) I started reading Vonnegut again last year. I’m a better, quicker, smarter songwriter now (it happens) and lyrics came much easier. So did melodies. And here we are.

This album is about forgiveness in the midst of despair. It’s the most human thing you can do and the best thing Vonnegut taught me. The album still works if you don’t know Vonnegut’s stuff. But you should read it anyway.